Should I root my Android phone or not? 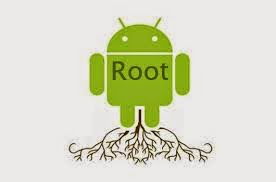 Android is one of the most open, versatile, and customizable mobile operating systems out there. You may think you don't need to root your phone, but you'd be surprised at how much more you can accomplish after the rooting process.

If you don't have a rooted device today, then you're not enjoying all the amazing features android's offering.

Sure, there's some risk involved, and we don't usually recommend rooting other people's phones, but in the end, you can't put a price on true openness and control. There are so many great apps out there asking for SU permissions. These apps can only be used properly only after rooting your phone.

One of the main reasons people root their device is Titanium Backup. You can make your life a lot easier by backing up your apps and settings first. You can even do so if you are not rooted, but point is, you won't necessarily be able to backup system apps and their data and, plus point is that Titanium Backup is good for more than just backups, too. It can also uninstall that annoying, battery-draining, space-wasting crapware that comes preinstalled on so many phones these days—and, sadly, this feature is root-only.

Another life-changing app is Block Ads. We, money-makers, do understand that these occasional ads is how some people may make money, but at some point, Ads are very very very very annoying if you are using your favourite app. Adfree, AdBlock Plus and Ad Away are all great options for you.

If love playing games on your android phone, then you might like game killer. The purpose of this app is to modify game values, for example, changing the amount of money you have in a game.

Root your phone
Nothing to lose :)


I, personally, rooted my phone and unrooted it later on by wiping my actual system and installing new firmware on it. I even did it several times for some reasons.


P.S I'm not forcing anyone to root his/her phone. I'm just writing this article because it's my point of view. If you're trying to root your phone, try google it first :)