Why Use the Sandbox version?

If you want to give drupal a try, but you're unsure of how it'll look like or want to check how it works, the sandbox version is just for you. If you already know how to set up drupal on your lamp server, then you'll have no problem at all to set up the sandbox version. If, somehow, you can't figure it out, then you can just follow the simple steps below and you'll be there.

In the steps below, we'll use Sandbox version of Drupal to generate a new issue, and patch it using Git. 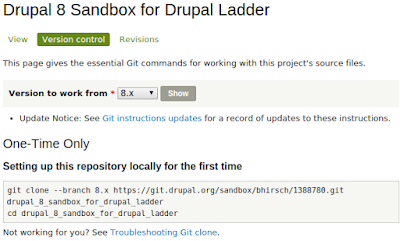 Step 1: Clone it
Start by opening your terminal and clone the repository by running the following the command:

This command will clone drupal 8 sandbox and the all the files will be in a folder 'drupal-sandbox'. You can change the name of the folder to any name you want.
After cloning, change your directory and move into the folder. Make a copy of the default.settings.php file inside sites/default/ and create a new directory called sites/default/files.

Ensure that you make both of them writable by changing their permissions.

Step 2: Installation
Open up your browser and run the installation by running localhost.


Note: You can check my blog post on how to install Drupal 8(Not Sandbox) on LAMP Server.

Almost all of the issues reported, were made in an attempt to understand the drupalladder. Below are the steps to write a patch about URL Rewriting Issues. 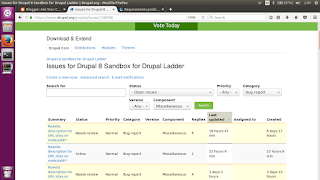 Then write the title of the issue in the Title input box and a summary below. 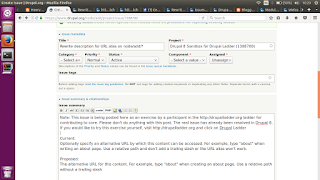 Creating a branch with Git


Git checkout followed by the branch will move to the branch. 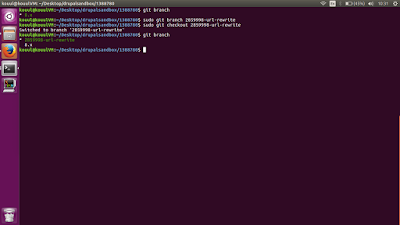 Edit the required file. In this case, we'll edit the file core/module/path/path.module 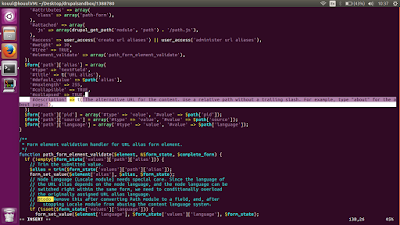 To see the changes you made, run Git show in the same directory on your terminal. It will output all the changes that happened recently.

You're Done. Open up your browser and see if you see the following: 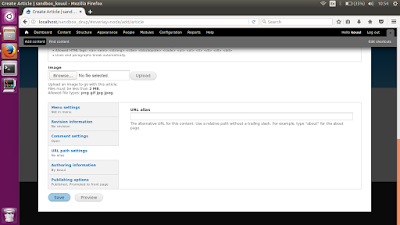