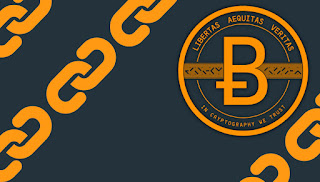 To begin, a blockchain has a genesis block, which is the one at the very beginning of the chain. As for the other blocks, they will all have some information before it and after it. Informations vary depending of the purpose of the project. For example, one transaction in a block would look like this:-

In the case of bitcoins, IINW, a block is generated every 10 minutes. A block, basically contains transactions occured within a period of time. After recording transactions within those 10 minutes, the blocks are added to a chain of blocks and other transactions are recorded in the next block. As seen in the image above, a transaction in bitcoin contains, Numer of transactions in the block, size of the block, a block reward, the timestamp and many more. You can refer to the actual link where I cropped this picture.

Technical Stuff
At its core, blockchain technology is a peer-to-peer technology that uses a mathematically secured algorithm to distribute a ledger that keeps track of every single transaction happening across the network. The term Blockchain simply refers to a chain of blocks. Every 10 minutes, the blockchain network creates a new block in the case of bitcoins.
A block basically contains several rows of data, such as id, timestamp, data and other data. In the case of bitcoins, it contains  a previous hash. A blockchain, basically, is the backbone of the network. It is a ledger in the network into which every block is pushed in.

Hashing
As stated earlier, blockchain links all block together. One block contains multiple transactions. The way to store the information is very important since you are dealing with millions of anonymous people on the internet. A hashing method is used to keep the information safe in the block. Multiple logical implementations are involved in a blockchain, for instance, to check whether the hash of the previous block is unchanged. This is the role of miners in Bitcoin. A mining software looks for new blocks across the network. Once it finds one, it hashes all its transactions, using a mathematically secured algorithm and the output(hash) generated is kept within the block itself. The hashing algorithmn is generally a bit like this: